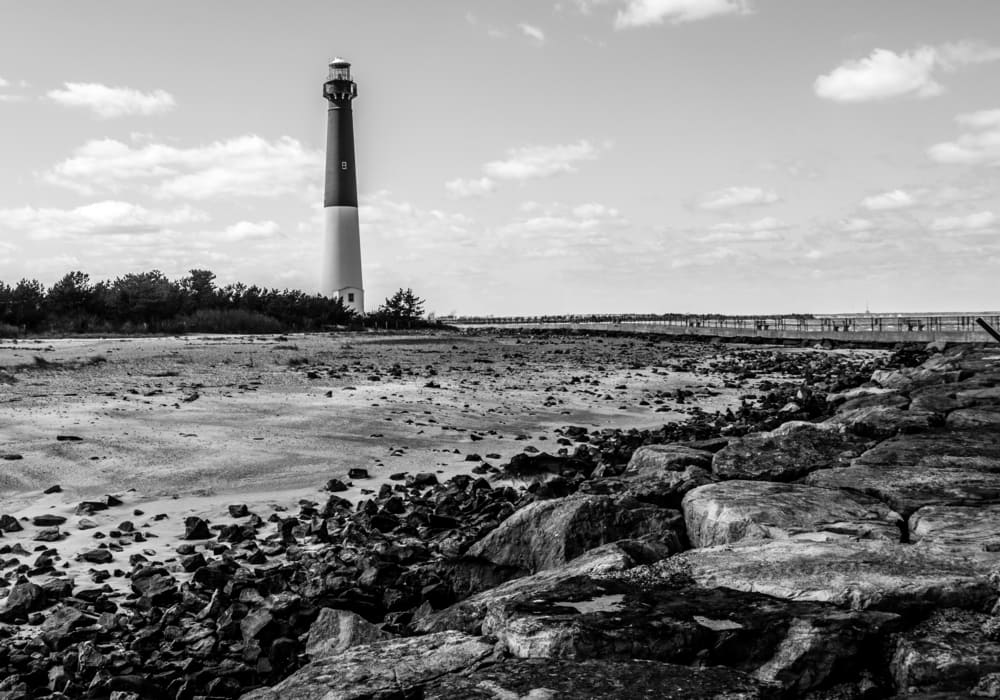 Have you ever looked around your senior citizen apartments in NJ and thought, “what was here before?” There’s something interesting – inspirational even – about early beginnings and journeys taken. And those journeys include many challenges overcome.

Now especially, with the uncertainty of the Coronavirus pandemic and the changes they mean to our way of life, looking back at the resilience of our town, and the enduring spirit of those who were here before might offer some sort of encouragement. And in terms of history, our township Barnegat has more than a tale or two to share, of people and events that have made their mark in time. Their stories remind us of the power of adapting to changing times and the importance of community.

Connection and community are exactly why Barnegat 67 exists. It’s a rental development of luxury senior citizen apartments in NJ where residents can enjoy an active, fun, and healthy lifestyle.

The following article is a tribute to our Township and how it has stood the test of time. If you are a local, you are likely familiar with many of these histories. If not, some may intrigue you, others may simply make you smile. Read on and find out.

Barnegat Township at a glance

The Township in the southern half of Ocean County, NJ, covers approximately 35 square miles in area. But it didn’t start that way, as you can very well imagine. Ocean County was part of Monmouth County before Ocean County was carved out in the 1850s. And some of what is now Barnegat used to be Union Township.

Different portions of Union township were distributed in the following years and what was left of it was renamed Barnegat in 1977. That name Barnegat was derived from its original “Barende-gat,” a Dutch translation meaning “inlet of the breakers” as Henry Hudson, the explorer, described it in 1609.

Today, Barnegat Township is bordered by Barnegat Bay on the east, Woodland township on the west, Stafford Township on the south, while its northern border is shared by Lacey and Ocean Townships. Long Beach separates the township from the Atlantic Ocean. Extending further, it is 60 miles east of Philadelphia and 90 miles south of New York City. Estimates from the Census Bureau puts its population at 23,655 people in July 2019.

It is a small town that is ideal for people who want a relaxed lifestyle, love the beach, and enjoy boating and fishing. It is an idyllic location for senior citizen apartments. In New Jersey, Ocean County stands out as senior-friendly due to its relatively slower pace of life.

According to recorded history, and there isn’t a lot of it, the earliest settlers in Barnegat were of the Lenni Lenape nation who traveled to the coast in summer and spent the time hunting, gathering fish, clams, and mussels to roast and dry for winter months spent further inland.

By the early 1700s, the first European settlers of Dutch, English and Swedish descent began to arrive. The first recorded arrival was Jonas Tow in 1705. He built his home in the meadows close to the bay at Collins’ farm. By the 1750s, many families had built homes near the bays and creeks.

A number of these settlers were Quaker families wanting a separate community to practice their religious beliefs. One of the earliest recorded land purchases, a notable 500 acres of what is today East Bay Avenue, was made by Levi Cranmer and Timothy Ridgeway in 1759. Of that land, one and a quarter acres were deeded to the Quakers in 1767. They built the Quaker Friends Meeting House. It was the first church to be built in Barnegat and only the third in Ocean County. The Meeting House still stands today at the very spot and is likely the oldest building in present-day Barnegat.

The earliest residents in African-American communities were thought to be sharecroppers who settled in Rose Hill at the end of the Civil War with more settling in after World War I. Rose Hill has since become the Barnegat Hill Cemetery. A second community on Gunning River Road grew in the early 1930s and Mount Zion Baptist Church was established to cater to its parishioners. The church still holds services today. 1930 census records counted 32 residents of African American descent. Today, people of different ethnic backgrounds call Barnegat home.

What did people do to earn their keep in the days of old?

Barnegat’s economy thrived on industries based on natural resources from the bay, such as fish, shellfish, bog iron, and lumber. Its people would pivot as the seasons demanded and as new opportunities sprang up.

Near the end of the 1700s, most of Barnegat’s men were whalers or boat builders, building whaling boats from the Cedars of the Great Swamp. The salt trade was also an offshoot of easy bay access and salt works were built and run by Quakers, until their destruction during the Revolutionary war.

Around the time of the Revolutionary war, the Cedar and Pine wood trade to New York became a booming business with Barnegat-built ships ferrying them to New York, Virginia, and other points along the East Coast. When resources declined, transporting freight from Boston and New York to the South became the order of the day. Many of those ships were captained and crewed entirely by Barnegat folk.

At the end of the war, Barnegat turned into a major Port with 15 -20 vessels sailing from it regularly. Roads were built for access to materials in support of the burgeoning shipbuilding and commercial transportation industry. The town thrived with all this activity and in the 1840s was one of the largest, boasting taverns, shops, private residences, and inns.

The 1860s saw several sea captains choosing to retire in Barnegat bringing wealth acquired from the Civil War with them. Their investments led to the transformation of the town to something of a summer resort and shopping destination. Railroads running from Toms River, Whiting and Tuckerton were built, bringing in more vacationers from New York. However, as access to new ocean resorts improved, the popularity of Barnegat waned.

In the early 1900s, the Barnegat Glass Co. had a 15 year stint of production. Its products are now considered collectibles. Also around this time, Sneakbox Building pioneered by Joseph Howard Perrine once again put Barnegat on the map thanks to its worldwide popularity among hunters, competitive racers, and pleasure seekers.

With a change in fortunes, making a living off the earth became the next best bet, so hunting, fishing, farming, and harvesting, especially of cranberries and huckleberries, was a common pursuit.

You will find artifacts from Barnegat’s seafaring days in the Barnegat Historical Society’s Heritage Village on East Bay Avenue. And if you are looking to join a vibrant community of adults, Barnegat 67 has senior citizen apartments in NJ that fit the bill.

The story of the Cedar Bridge Tavern on the stagecoach route between Camden and Jersey Shore, is part legend, but with enough fact to land it on the register. Estimated to have been built around 1740, it is one of the oldest intact bars in the country.

The story goes that on December 27th, 1782 Captain Richard Shreve and Edward Thomas who led the forces of the new republic got wind of British Loyalist John Bacon’s presence with his band of Refugees and sometimes Pine robbers. It led to gunfire exchange in the tavern’s vicinity that killed one patriot and injured men on both sides, including Bacon.

The tavern has since functioned as a hotel, restaurant and rest stop bar for travelers and is now the property of Ocean County, after purchasing it in 2008 from the previous owner. You can still see its long front porch, wooden frame, and Pine tree surroundings today, although you will need to travel the half-mile dirt road leading to it.

Located on the corner of Route 9 North and Bay Avenue, this mansion is an epitome of a captain’s house. It was built by Captain Billy Cox and his wife Mary Etta Cox in 1825 and was the first house to have running water and electricity in 1908. Mary Ann Cox was the last Cox to own the home and was one of a handful of few women in the publishing industry in New Jersey. In celebration of the arts, she used her home as a literary and cultural center, bringing in artists and poets.

Mary Ann Cox bequeathed it to the Ocean County Library Commission to serve as the Barnegat branch of the county library after her death. She died in 1983 and the upkeep and renovation of the house have been a topic of much news.

Even if it was just for a brief moment, these stories remind us of the steadfast spirit of our town and its people. You can look forward to visiting these historic spots and much more when restrictions ease. Barnegat 67 is a new active adult rental complex with senior citizen apartments in NJ. Residents can spend retirement in luxury, community and convenience.

Before packing your bags, there are a few things that people searching for an over 55 community should consider. First,…
in Lifestyle Posted by Barnegat 67 Team
November 9, 2020November 3, 2022

The Delights of a Companion Animal for 55 Plus in Apartments in NJ This is why we highly recommend prioritizing…
in Lifestyle Posted by Barnegat 67 Team
October 5, 2020November 3, 2022

Sailing and Boating for Senior Living in Ocean County, NJ

Sailing and Boating for Senior Living in Ocean County, NJ   “The sea, once it casts its spell, holds one…
in Lifestyle Posted by Barnegat 67 Team